Vanessa has recorded over 150 audiobooks for Audible, Macmillan, and Pearson Publishing. Her clear and animated voice keeps her in high demand for audiobooks, commercials, explainer videos, YA books, cartoons, apps, textbooks and more! Aside from audiobook work, her voice can be heard on National Network TV, radio, video games and apps for companies such as MTV, Nickelodeon, HGTV and Noggin. A California native, Vanessa grew up tapping her toes in the theatre world and holds a BFA in Musical Theatre from Emerson College in Boston. She now lives in New York City where she works as an actress and producer for the stage, screen and behind the mic! 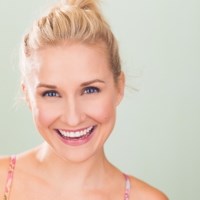