Wesley is a dedicated stage actor and voice-over artist with more than a decade of experience under his belt. He's appeared on stages across the country including The Goodman Theatre, Chicago Shakespeare, The Michigan Shakespeare Festival, The House, Steep, Orlando Rep, and the California Theatre Center. Wes currently works heavily in the field of Audiobook narration where he has narrated and produced over a dozen titles. He lends his talents to voicing full cast narrative fiction and non-fiction with a flair for realism and deep emotional characterization. He also provides personal production services with an ear for crisp, clean, and precise audio at the highest standard of quality. 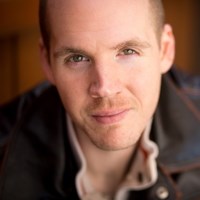