"His reading style is like his writing--gentle, informative, and witty. You can hear him smile when discussing some of the oddities and idiosyncrasies he encounters." 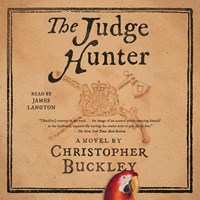 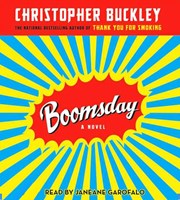 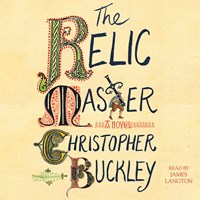 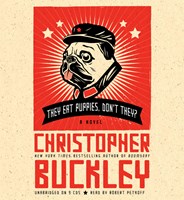 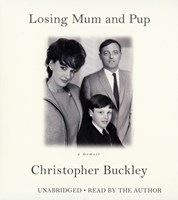 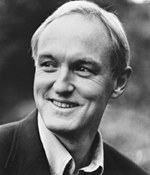 Christopher Buckley is a humorist with a gentle side. In fact, he's almost nostalgic when it comes to Washington, DC, a city he encountered one score years ago. (That's Lincolnese for 20.)

His latest book, Washington Schlepped Here, is a series of walking tours of the city. It's funny at times, but not laugh-out-loud funny. It's more soft, warm chuckle funny. As he takes readers through various sights, some known to every American and others barely known even to Washingtonians, he talks warmly about the city. It's almost a paean to the city.

"Paean's a pretty good word for it," Buckley says. "And a word we don't hear nearly enough these days. But I do love the place, for all its rampant silliness and impossibilities. That said, as I quoted Joe Alsop, 'One never quite feels permanent in Washington, no matter how long you live there.' Why is that, I wonder? Maybe a subject for another book."

Buckley does the reading on the Random House Audio production. His reading style is like his writing--gentle, informative, and witty. You can hear him smile when discussing some of the oddities and idiosyncrasies he encounters.

While the audiobook is abridged, the cuts were made within the tours, not entire tours. He says the editors at Random House made the cuts. "Actually quite judiciously. Damn them," he adds with a smirk. "They sent me the abridged manuscript, which I skimmed and approved. They know what they're doing. I wish I did."

He says this is the first of his books for which he has done the reading. "When I asked to [read] a couple of novels ago, they explained that they never let fiction writers read their own stuff because fiction read out loud requires a trained actor. I then began to notice all the fiction writers who were allowed to read their books.

"So once again, I have been lied to, deceived, misled. And I thought we had a relationship."

Recording the two hours of book took about five hours in the studio, Buckley says. "Allen Ginsberg once told me, on a TV show we were both on, that it's important to take a single breath for each sentence. So I remembered that. What then happened was that I began to swallow a lot of air, and my stomach began to grumble, like Humphrey Bogart's in the tea scene in The African Queen. Very loudly. So loudly that the microphone picked it up, and we had to re-record a hundred lines."

He hasn't listened to the finished product. "I'm not sure I will, either. I never watch myself on TV or listen to myself on radio for fear of being so profoundly disappointed and embarrassed that I will never go on again."