“I’m one of those writers who talks to myself constantly while working. Quite often I have to say a passage out loud in order to get the sound just right.” 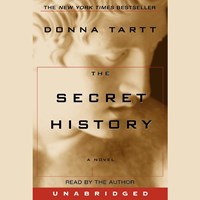 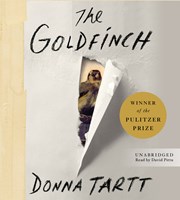 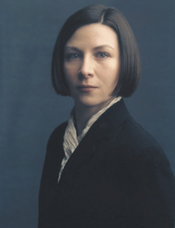 The formal portrait-like photograph on the jacket of Donna Tartt’s books belies the warm, friendly tone that came through in her recent telephone interview with AUDIOFILE. Tartt had recently completed the narration of both of her books, THE SECRET HISTORY, an international bestseller when it came out in 1992 and now on audio for the first time, and THE LITTLE FRIEND, her eagerly anticipated second novel. She wanted to narrate her own works, she said, because reading aloud is “very present” in her writing process. “I’m one of those writers who talks to myself constantly while working. Quite often I have to say a passage out loud in order to get the sound just right.”

Tartt described reading aloud as a joy. “Reading aloud and having been read to are such an important part of the process of writing that I can’t even begin to tell you. Part of the ability to write dialogue is to be able to really hear it and re-create it—to really know how it sounds—not sort of how it sounds.”

Describing herself as a shy introvert, Tartt sees reading aloud as “an introverted activity. When I’m reading—even on stage—I think of myself as reading to one other person.” About recording THE SECRET HISTORY, she said, “Every once in a while I would hear my Southern accent come out in the reading.” Overall, however, Tartt believes that part of being a writer is being a mimic. “It’s a kind of ventriloquism to write in the voices of characters who sound different. The narrator in that novel is Californian, and California is what we’re all being leveled to through TV and the movies. It’s a bland accent that’s not difficult to imitate. Except when I was actively trying to speak in the voices of the other characters, that’s mainly what I was thinking about when I was reading.”

Listening to audiobooks is a big part of Tartt’s life. “It’s a luxury that the boredom of, say, washing dishes can be broken by listening to a book.” Her eclectic tastes include Sherlock Holmes stories, Elmore Leonard, and Tolkien. Currently, she is working her way through Naxos’ Lives of the Composers series. “They’re great because they go back and forth between the composer’s life and work. It’s fascinating.” She also “adores” listening to selections from the Caedmon collection, especially fellow Mississippian Eudora Welty. “It’s funny—those old-style Southern accents were lost in my mother’s generation. But when I was a little girl, cultivated Southern ladies all sounded like Eudora Welty. Her voice is the most comforting sound in the world because it’s the sound of my childhood.”—Elizabeth K. Dodge