“I’m a huge audiobook person, especially after having my baby. I listen to books in the car constantly. And on the treadmill. And when I’m pushing a stroller. Portable books are a whole new way to experience literature.” 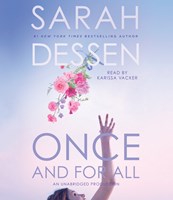 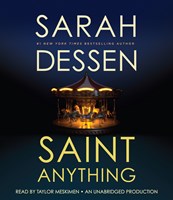 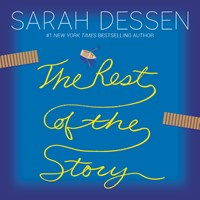 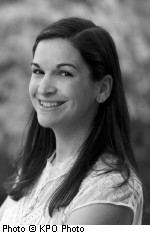 “I’m a huge audiobook person, especially after having my baby,” says Sarah Dessen, writer and mother of 2-year-old Sasha. “I listen to books in the car constantly. And on the treadmill. And when I’m pushing a stroller. Portable books are a whole new way to experience literature.”

Now that all nine of her novels have been published in audio form, Dessen has a good chance of helping turn the iPod generation into book listeners.

If anyone can do it, Dessen can. She already has a huge fan base. Her eight previously published novels have sold more than 3.5 million copies, and Newsweek calls her “the hottest writer this side of J.K. Rowling.” Part of her popularity comes from the fact that her teenaged female fans are looking to find their identities. “Girls tell me they can see themselves in my books. They take my stories and make them their own.”

Listening is also an important part of Dessen’s creative process. As she writes and edits, she reads her books aloud. “Hearing how my books sound gives me a better sense of whether they’re working or not. As I write, I definitely hear characters talking to each other in my head. Years ago some students at UNC-Chapel Hill did an adaptation of one of my books. During a question-and-answer session, one of the students asked me, ‘Who do you feel this narrator is telling the story to?’ And immediately I said, ‘Me! I’m just sitting there listening and hearing my characters talk.’”

And can they talk! Dessen’s rapid-fire, witty dialogues have become one of her trademarks. “I have the most fun writing dialogue when multiple people are having fast, funny conversations. I love the quick back-and-forth. It’s so like this IM generation.”

Dessen’s not just concerned with capturing teen speak; she works hard to flesh out her adults with dialogue. Many YA novelists avoid parents in their books, killing them off or going with stock characters. But Dessen says, “A teenager’s relationships with parents are so important that I want to get those voices right, too. My mother was never a stereotype; she was way in the other direction.”

Though Dessen heard some of the auditions for her newest novel, ALONG FOR THE RIDE, she hasn’t listened to the audio. “Listening to my own work is a freaky experience for me. Hearing other people reading my books, especially one that isn’t out yet, makes me nervous. As I write, I hear the words and cadences in my own voice, and to hear someone else reading them is kind of bizarre. It’s purely my neurosis that stops me from listening to my books.”

Maybe after her new book comes out and the fan letters start pouring in, Dessen will go along for this new auditory ride.--Susie Wilde