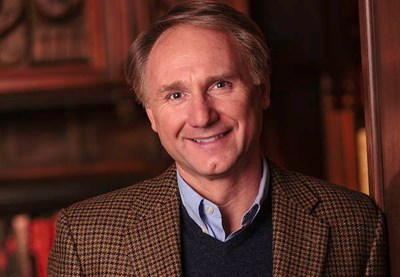 “I would go running with a Dictaphone and discuss the plot aloud with myself. I felt like a juggler who was trying to keep 13 balls in the air simultaneously.” 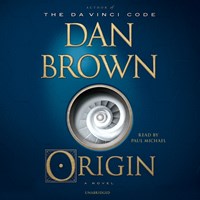 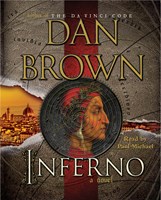 The son of a mathematics professor and a sacred music professional, Dan Brown has always been fascinated by codes and by the sometimes divergent concepts of religion and science. Several years ago, he decided to explore his interests in a series of thrillers featuring Robert Langdon, a fictional Harvard professor of iconography.

In THE DA VINCI CODE, the second of the series, the murder of a Louvre curator propels Langdon and French cryptologist Sophie Neveu into a desperate search to solve mysterious riddles left beside the curator’s body—riddles that may lead them to the Holy Grail. Racing through Europe to find the grail and the stunning secret it holds, Langdon and Neveu must elude those who wish it to remain “lost,” including an ancient secret society, The Priory of Sion.

Brown says that the complex plot, which blends fact (The Priory of Sion is real, and Leonardo da Vinci did hide codes in his paintings) with fiction, made the book fun and nerve-racking to write.

“I would go running with a Dictaphone and discuss the plot aloud with myself. I felt like a juggler who was trying to keep 13 balls in the air simultaneously.” “Imagine,” he says, “if someone had found the Dictaphone. They would have heard a panting guy talking about Rome and Mary Magdalene’s child and assassinations—and would have turned it in to the police!”

Brown and his wife, Blythe, an art historian and painter who is also his research colleague, made three trips to Europe over the course of a year to gather the information needed for THE DA VINCI CODE. What he learned changed the way he thinks about written history.

“When it comes to spiritual texts or any written history, I used to look only at what they said. Now I look first at the source.” For example, research at the Vatican and with the Dead Sea Scrolls has convinced him that “a lot of the original texts of the Bible were left out [of the Christian version]. In fact, the Bible is a heavily edited manuscript, produced during Emperor Constantine’s time to convert pagan Rome to Christianity. Understanding that explains so many of the Bible’s contradictions.”