"MacHale sees a natural transition from the novels into audiobooks as he crafts his dialogue to be 'performable.'" 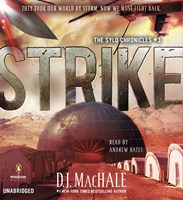 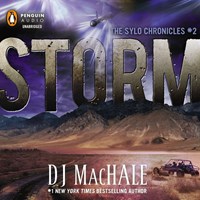 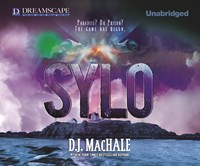 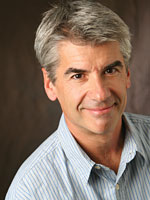 D.J. MacHale bounds to the front of the library room, where nearly 100 middle school kids are assembled to meet the author. Another hundred will follow in the next school period to hear MacHale talk about Pendragon, and his latest RAVEN RISE, number 9 in the 10-book series, Journal of an Adventure Through Time and Space. This school event is not unusual for MacHale, who makes frequent school visits, but the inclusion of narrator William Dufris to perform a scene of Bobby Pendragon and the start of another time-travel escape is a treat for the crowd. Dufris has recorded all nine of the Pendragon series since 2005 and creates not just Bobby’s voice but an extensive cast of Travelers and the demon, Saint Dane. The kids love the addition of actor Dufris and stay keenly tuned throughout his reading.

“It’s a thrill to hear the stories ‘acted out’ because as a screenwriter first, I write my books visually,” MacHale explains. His filmmaking and screenwriting credits are extensive and include dozens of television shows, including eight years of Nickelodeon’s “Are You Afraid of the Dark?”, HBO’s “Encyclopedia Brown,” and the current “Flight 29 Down” for Discovery Kids, as well as feature films. Before his California screenwriting successes, MacHale studied filmmaking at NYU. He came to writing young adult novels in 2002, and Pendragon has over three million copies in print. More series are in the works, including THE EQUINOX CURIOUSITY SHOP for younger readers, slated to debut next fall.

MacHale sees a natural transition from the novels into audiobooks as he crafts his dialogue to be “performable.” “My criterion for whether dialogue makes sense is whether it makes sense performed,” he says. MacHale always reads his dialogue aloud as part of his writing process, noting that it allows him to hear whether it really works.

The stories are all told by Bobby Pendragon in his voice, so dialogue is essential to keeping the readers/listeners in the story. The audio performance creates visual high-octane for the Pendragon adventures. The time-travel of the Pendragon adventures brings many friends and foes into Bobby’s world and many challenges for narrator Dufris. During the nine episodes so far, Bobby has matured from age 14 to his current age of 18. MacHale admires the subtle changes that Dufris has made while keeping a consistent energy to the characters. The audio-play nature of the stories is tailor-made for a quick-change vocal artist like Dufris. He likes the “work,” too. “I’ve had such a blast recording the Pendragon series,” he says. “D.J. has an incredible ear for dialogue--it just flows so naturally.”--Robin F. Whitten