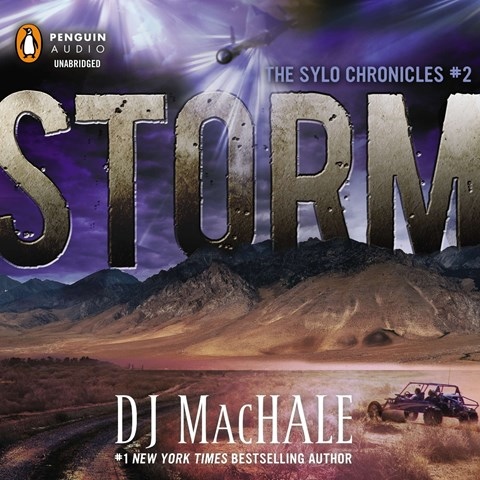 Narrator Andrew Bates employs a conversational tone and conveys the intensity of highly charged situations without overwhelming the storytelling. Finally reaching Portland, Maine, after a terrifying escape from their home on Pemberwick Island, 14-year-old Tucker Pierce and his friends are in for a shock: No one is there! They also make the astonishing discovery that SYLO, a division of the U.S. Navy, seems to be battling none other than the U.S. Air Force. Following a clue broadcast on radio, the group travels to Nevada, experiencing a host of harrowing incidents along the way. Those who listened to SYLO will be eager to continue the adventure and to find out whether the conflict ends with the third book, STRIKE. S.G. © AudioFile 2015, Portland, Maine [Published: APRIL 2015]