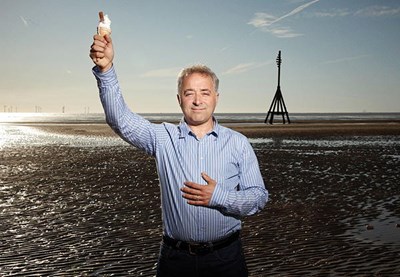 "I love audiobooks. Reading aloud--being read to--was a huge part of my childhood. There’s something very special about the human voice." 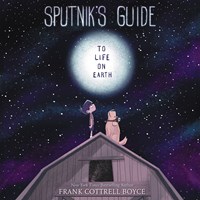 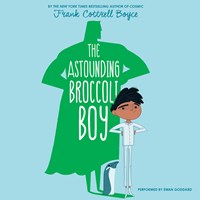 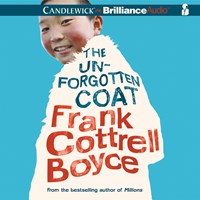 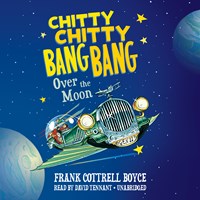 Celebrated children’s author Frank Cottrell Boyce says the idea for his latest book, THE ASTOUNDING BROCCOLI BOY, was staring him right in the face. Literally. “I looked in the mirror one day, and I was bright yellow. I thought, ‘How have I never written about this?’” The author, who suffers from a rare blood disorder, turns a daffodil yellow when stressed. “It’s quite an alarming sci-fi color--not on the normal human spectrum.” It’s also a condition that people know little about. “Even now, I’ll occasionally be stopped by someone in the street who says, ‘Excuse me, you don’t know me, but I’m a doctor, and I think you’re about to die!’ And I say ‘No, it’s fine, actually.’”

All great stories, the author believes, start with a simple what if . “What if I actually could fly or I were invisible? Or in the case of Rory in THE ASTOUNDING BROCCOLI BOY, what if one changed color? This possibility seemed quite rich and interesting.”

Boyce chose to turn Rory green, he says, because it is a powerful, magical color--“the color of leprechauns, the Green Man, the Green Knight. So it just seemed quite obvious, really--what would people make of you if this amazing thing happened to you?” In THE ASTOUNDING BROCCOLI BOY, listeners will find out as Rory and his nemesis, the bully Tommy-Lee, learn to look beyond each other’s mysteriously green skin to embrace their hidden powers.

Boyce is himself something of a chameleon--he’s written films, helped create the London Olympics’ opening ceremony, and written “Doctor Who” episodes. “But writing children’s books,” he says, “is what I was put here to do.” He adds, “Children’s books have great big ideas. They’re important. I like thinking about big ideas.”

Though some children’s authors complain about the obligatory school readings, Boyce says he loves them. “I absolutely love reading aloud! In an age of Twitter and Skype and social media, there’s something primal and magical about standing in front of a group of kids reading this story out loud. For me, there’s always a campfire in there, a cave. You’re going right back to something essential about who we are .”

Boyce has been a lifelong audiophile. “I love audiobooks. Reading aloud--being read to--was a huge part of my childhood. There’s something very special about the human voice. So many of my reading experiences--the really important ones-- were shared with me, read aloud, either by a teacher or a narrator like Dame Judy Dench. I don’t think reading is a solitary activity. All the most important reading experiences I’ve had have been shared either with a class or with the nation, or with a church congregation--there’s something special about a work being read aloud.”

These days, he enjoys listening to audiobooks when running or when collecting one of his kids at one in the morning. “A good audiobook transforms that chore into something wonderful.” He also listens with his family. “We go on holiday to Scotland, and we have those long drives, and the audiobook makes that drive into part of the holiday, doesn’t it? It’s amazing!”

Though his own stories are frequent AudioFile Earphones Award winners, Boyce says he rarely listens to productions of his work. “I can’t bear to listen to my own books-- it’s like, ‘why didn’t you do this?’--I keep editing the story in my head all the time.” Though he’s not yet narrated any of his stories, he’d very much like to do so one day.

Writing for children may be his calling, but Boyce says nothing he does impresses his seven children like writing the occasional “Doctor Who” episode. “Nothing is cooler than writing ‘Doctor Who,’ let me tell you!”