“I wanted to write the kind of book I would have liked when I was 11 years old . . . my secondary goal was to write something for my children.” 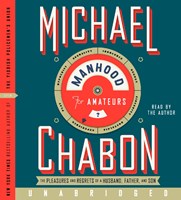 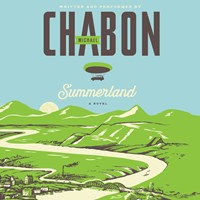 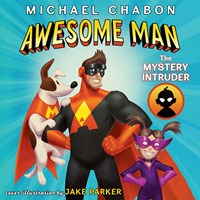 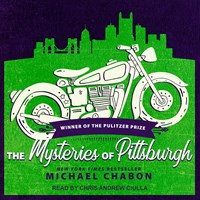 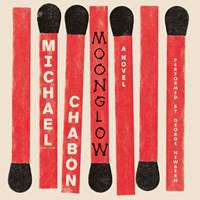 When Michael Chabon was about 8 or 10, he knew he wanted to be a writer. “I wanted to write about kids, about poor kids, like me.” In those early days, the author of WONDER BOYS and THE AMAZING ADVENTURES OF KAVALIER & CLAY (2001 Pulitzer Prize for fiction) especially enjoyed reading Tolkien, Lloyd Alexander, and comic books. As an adult writer, Chabon says, “I wanted to write the kind of book I would have liked when I was 11 years old . . . my secondary goal was to write something for my children.” His first children’s book combines elements of baseball, folklore, myth, and the wildly original inhabitants of his vivid inner world. “SUMMERLAND is a fantasy, based in the contemporary world and set against a background of American myth. The idea came to me at 10 or 11 to try to write a fantasy with a backdrop in American mythology . . . which is what I try to do in SUMMERLAND, 26 years later.”

When Chabon writes, he sometimes reads the work aloud. “Not regularly, but if I feel that I’ve lost my sense of how it’s sounding. . . then I’ll read it out loud.” Not having done any acting since high school, he never imagined he would one day be an audiobook narrator. “Well, they asked me. I’ve never been asked before.” He has just finished the recording of SUMMERLAND. Of his first narrating experience, he credits the director. “[He] was very accommodating and eager to have my input. It was very much a collaborative effort.” Chabon didn’t have to do much preparation for the recording session. “I had just written it, not that long before, so it was still fresh in my mind. I was in the process, then, of reading it out loud to my daughter.” He found being a narrator “very, very challenging, much harder than I thought it would be . . . I really loved doing it.” He and his family enjoy listening to audiobooks, and he expressed their special admiration for Jim Dale’s reading of the Harry Potter series.

Of the multitude of characters in the new book, Chabon admits “Jennifer T. is one of my favorites. It was very important to me to create a strong central female character. My daughter is very exacting, and she would not even read or listen to anything that didn’t have a main character that is not a girl.” He adds, “If adults like this book, that’s great. If young adults like this book, that’s great, too. But to me, this is a children’s book. I wrote it for children, for my daughter and for myself, for the child I was when I was 10 or 11 years old. That’s who I really am hoping will like this book.”—S.J. Henschel