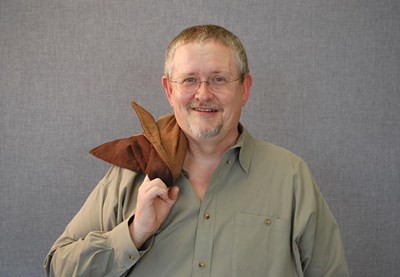 "For as long as there have been commercial audiobooks, I’ve been listening to them. Like many people, audiobooks are my companions on long car trips." 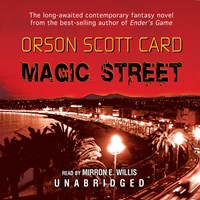 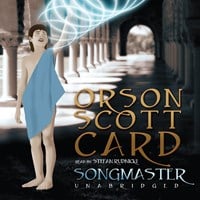 We gave an enthusiastic YES! when Fantastic Audio offered to set up an interview with award-winning author of science fiction and fantasy Orson Scott Card. The author of the popular Ender and Alvin Maker series, Card is well represented on audio. Fantastic is not only publishing some new recordings, but rereleasing some Card titles from the NewStar catalog. We assigned Contributing Editor Yuri Rasovsky the interview. He opened with a question relating to his own specialty, audio drama.

AUDIOFILE: I heard you mention somewhere that you wrote audio plays a while back. What were the circumstances?

OSC: It was audio drama that allowed me to quit full-time employment and go freelance. I was working as an editor for Ensign, the official magazine of the Church of Jesus Christ of Latter-day Saints . . .

OSC: Yes. I was editing the magazine when I was given a chance to write the scripts for a series of dramatizations being sold on audiocassette by Living Scriptures of Ogden, Utah. The money sounds ludicrously low now, but it represented at least a match for, and possibly an increase from, my full-time income. Combined with the occasional income from a science fiction novel or short story sale, it worked out well enough that soon I was able to quit my job. I learned a lot doing those dramatizations.

AUDIOFILE: I’ve also heard you say that you don’t like audio abridgments of your work. Why is that?

OSC: My work doesn’t abridge well. I’m a very spare writer—I describe almost nothing, and I continually cut to the chase, telling only the information the reader needs in order to follow what’s happening. There is very, very little in my books that can be cut without damaging the reader’s comprehension. It’s not that I oppose abridgment, though. Nor is it a case of the author thinking his precious words can’t be cut. The producers working with me on the movie of Ender’s Game can tell you—I’m ruthless with my own material. But audiobooks are supposed to be the same story told in the print version of the book, not a dramatization as with film. It’s abridgment, not adaptation, that doesn’t work so well with my fiction.

AUDIOFILE: What was the experience of narrating an audiobook like for you?

OSC: I love reading my stuff aloud. But the best readers of audiobooks are better actors than I am. Now, I do have training as an actor, but I’m leery of trying to match what I’ve heard done by, say, Will Patton in his brilliant reading of works by Robert McCammon, or the extraordinary performance of Rob Inglis in his reading of the unabridged Lord of the Rings. Better to leave it to the people who do it better than I do, and have more practice at it.

OSC: For as long as there have been commercial audiobooks, I’ve been listening to them. Like many people, audiobooks are my companions on long car trips. Got myself a ticket while driving through Wyoming one time because Grisham’s The Firm was so exciting that I completely forgot about my speed. And believe me, to get a speeding ticket in Wyoming, you have to be going fast!

But, ultimately, what makes audiobooks work for me is my love of theater. When I wrote and directed plays, I worked, as far as possible, on a bare stage. It was the voice, the inflection, that carried almost all the meaning for me. I write my own books in a very oral style that cries out to be read aloud, and I appreciate the art of reading. I’ve done many readers’ theater productions in my time. It’s an art that I love, and that often reaches its finest level in audiobooks.—Yuri Rasovsky