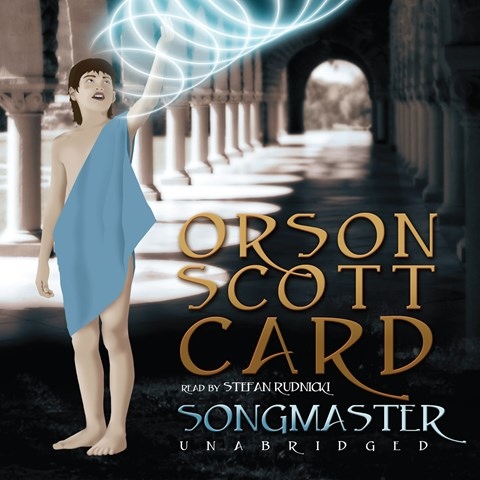 From the author of ENDER’S GAME comes another novel of a boy presented with difficult circumstances. Ansset is a singer in a world in which a properly trained singer can affect the mood of an audience (or a single person) to the point of manipulation. He is a boy talented enough to be the emperor’s own songbird, but not until he completes his training. Stefan Rudnicki narrates this novel with the power that the prose demands. The characters sing, but the songs are mostly described rather than performed. Rudnicki, when called upon to do so, sings lines with an understated grace that effectively suggests the great abilities of the characters doing the singing. S.D.D. Winner of AudioFile Earphones Award © AudioFile 2007, Portland, Maine [Published: AUG/ SEP 07]