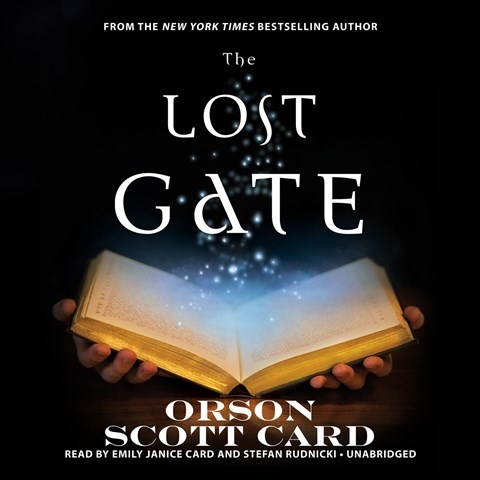 Stefan Rudnicki and Emily Janice Card balance two parallel narratives in this new series. In his deliciously deep baritone, Rudnicki narrates Danny North’s story as he escapes his family of mages who want to kill him because he has the power to make gates, a forbidden skill. In a gentler voice, Card, the author’s daughter, tells the story of Wad, another gate mage who is finding life in a castle much more complicated than he imagined, especially as he realizes he is an ancient being. Card’s light, lively voice is a good match to tell the darker of the two narratives while Rudnicki keeps listeners engaged with the longer story. L.E. © AudioFile 2011, Portland, Maine [Published: MARCH 2011]