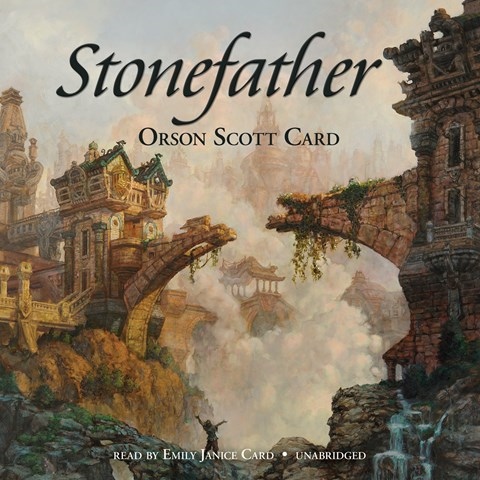 There’s little plot in this novella; the story is rife with exposition, followed by one big action scene that ends the book. Runnel, the ninth son of a poor farmer, leaves his abusive home to live in a city. He soon discovers he’s a stonefather, the first such powerful magician in centuries. Emily Janice Card, the author’s daughter, does a fair job narrating the story; her bright, clear voice is suitable for the young characters of both genders. However, her portrayals of the older male characters strain listeners’ credibility. Overall, though, Card does an admirable job of making the exposition-heavy first half of the tale enticing and the sudden transition into action believable and fitting. G.D. © AudioFile 2011, Portland, Maine [Published: JUNE 2011]