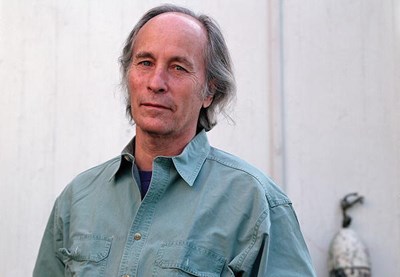 "Ford has been attentive to the power of narrative since childhood. Mildly dyslexic, he read slowly, falling in love with the rhythm, form, and look of language." 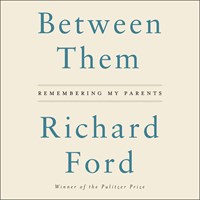 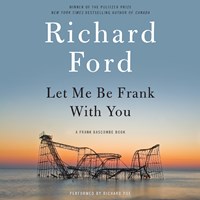 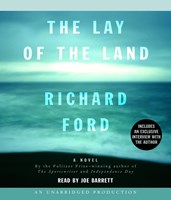 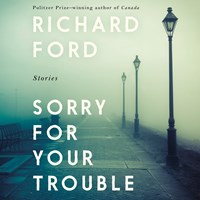 Ford says he didn’t mind answering the same questions for 28 days because “in each place a different person asks them.” Reading aloud also brought rewards. “Shamelessly, I’ve grown to like the passages I’ve read more and more. I think that’s good. It beats liking them less and less--since that would suggest something’s wrong with them. One very short description of Great Falls--not an especially provocative or pretty bit of writing--makes me very, very glad every time I read it. That’s because, even though it’s neither momentous nor gorgeous, I did slave and slave over it; I felt that if the narrator, Dell, couldn’t provide the reader with an acceptable description of the town much of the book’s set in, then mine wasn’t much of a book.”

Ford has been attentive to the power of narrative since childhood, when he was often deposited in the public library--“a place that offered anybody and their curiosity a residence”--while his parents worked. Mildly dyslexic, he read slowly, falling in love with the rhythm, form, and look of language, and appreciating the way books could expand and explain one’s world.

When his father became ill, Ford moved in with grandparents who owned a hotel. “Living in a hotel meant very often being exposed to what adults did that they didn’t want to be observed. For me, it was an important keyhole onto life’s incongruities, its secrets, how things went on.” Life, he discovered, “was never less than complex and mysterious and interesting and informative.”

For 36 years, Ford has explored that life through novels, and short stories, which he describes as being “about less stuff, though not always simpler than novels.” When seized by a novel, he spends most of a year charting the book’s arc, understanding its setting, and sketching the signal moments he wants to reach, including some notion of how and where the book will conclude. After that, “I spend most of my ‘creative writing’ time inventing on the fly the crucial connections between those foreseeable, charted, signal moments.”

He says that while he reads aloud what he writes to himself, “My stories are written with the intention of being read silently. The reader will inevitably ‘hear’ it differently than I hear it, but the goal is to make sure that the specifics of what the story says, indeed, all its formal parts, not be misconstrued. I want as little discrepancy as humanly possible between my intention and the reader’s experience of a story.”

Partly for that reason, he doesn’t listen to audiobooks, especially those made of his work. “I mean no disrespect to the narrator. I’m honored to have his talents focused on my sentences. I’m not, however, the book’s audience. I’m its author.

I know what it says and care chiefly about how it sounds in my own mind’s ear.” Instead, he sometimes listens to NPR’s “Selected Shorts” on the radio and frequently reads aloud poems and passages of other writers’ prose for the sheer pleasure of hearing the language. Ford the writer is once and forever a reader.

“Nowadays I read first to learn things, such as the consequences of human behavior, consequences that are different from what convention teaches. That’s very important to me, since it directs my own writing. And I read to encounter and savor felicitous writing: great word choices, wonderful descriptions, acuity about human beings, breathtaking structural turns. They’re all exciting and instructive.”--Aurelia C. Scott

Photo by Fred R. Conrad for the New York Times