“I’m a storyteller. And by writing prose, I create images in the reader’s head. Audiobooks function the same way, by creating visual images in people’s heads". 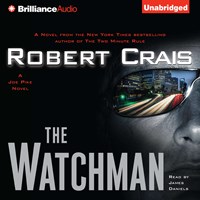 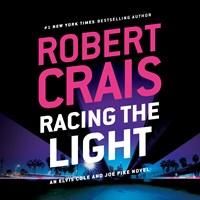 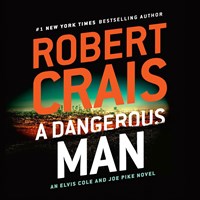 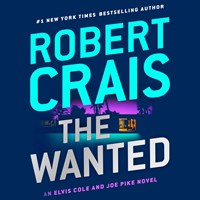 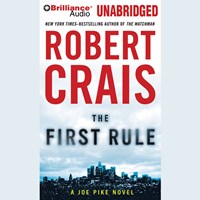 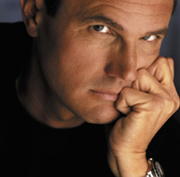 Robert Crais is crazy in the best possible sense of the word. His books ring with madcap characters as well as profound human observation, and in real life he is as charmingly sincere as he is nutty. AudioFile caught up with Bob Crais just as his latest thriller, HOSTAGE, was hitting the stands. The abridgment of HOSTAGE marks Crais’s first endeavor as an audiobook narrator.

“Reading HOSTAGE for audiobook production was terrific,” he says. “My favorite part of a book tour has always been reading to the audience at bookstore signings. Brilliance was loony enough to let me do it for real. I really enjoyed reading the book.”

Crais says he is hyper-aware of the collaboration that goes on between an author and his audience. “I tell you a story on the page, and you the reader contribute to that experience by bringing your worldview, your taste, your sensibilities, and your attitudes to the work.” For this reason, he’s been highly protective of his series characters Elvis Cole and Joe Pike. “Just Friday I turned down yet another offer for the film rights to Elvis and Joe. It’s purely personal on my part, not theoretical. Elvis Cole and Joe Pike are my life’s work. There are now eight books in that series. There will be as many more as I can write before I’m dead.”

Wisecracking Elvis Cole, private eye and collector of Disney memorabilia, and his slightly sociopathic partner, Joe Pike, have had an impact on thousands of readers since THE MONKEY’S RAINCOAT became a breakaway bestselling first novel in 1987, influencing a host of New Wave PI writers. Everywhere Crais goes, his fans tell him how real his characters are to them. “Everyone who’s read an Elvis Cole novel—I mean everyone—has a different personal image of what Elvis Cole and Joe Pike look like. Even though I’ve described Joe at great length, every reader has a slightly different image of him. I’m protecting those images by not selling the film rights to those books, and at the same time I’m wary that if I were to sell the film rights—even if it turned into a terrific motion picture with terrific actors—once two actors have portrayed those roles on screen, it would corrupt what readers bring to the process. They’d carry that picture of that actor with them and impress that upon their own reading experience.”

Crais is less protective of his nonseries novels, DEMOLITION ANGEL and HOSTAGE. DEMOLITION ANGEL features an edgy female explosives expert with the LAPD Criminal Conspiracy Section in pursuit of a killer targeting explosives experts. “At the time I was writing that book, I had no intention of ever bringing her back. That was going to be a one-shot, and then I would go on to more Elvis Cole and other books.” The same holds for HOSTAGE, the story of Jeff Talley, a burned-out crisis negotiator caught in the middle of a major hostage crisis. “As much as I love Jeff Talley and other characters I created, the whole notion of that book was as a one-shot and not as a long-term commitment. So I feel different about selling those types of books to film.”

Several vocal talents, including Patricia Kalember, David Stuart, and Dick Hill, have narrated Crais’s novels. We asked Crais how it feels to hear others read his work. “It’s kinda bizarre and strange on the one hand. At the same time, it’s really thrilling. For me to hear someone else’s work is much easier but not nearly so exciting. When I was listening to Jamie’s [James Daniels] reading of the unabridged version of Hostage, for the first few minutes I’m on the edge of my seat and I’m listening to his voice, listening to the words, and I’m thinking to myself, ‘Waitaminute, that’s not what I wrote.’ Then I got into Jamie’s rhythm, and by twenty minutes into the thing I’m thinking—I wish I’d written that! Jamie was terrific. I’m really pleased with what he did.”

How does Crais feel about abridgments? “I don’t mind them as long as they’re done well. It was Jamie and his wife who abridged HOSTAGE. They did a fabulous job. I can picture what a nightmare it could be. I might feel different if only abridged versions were available, but that’s not the case. And God knows, there are quite a few books that would benefit from abridgment. But we won’t name those authors.”

“I’m a storyteller,” Crais says, in closing. “And by writing prose, I create images in the reader’s head. Audiobooks function the same way, by creating visual images in people’s heads. I write on an iMac; a thousand years ago I would have been sitting at a camp fire, and it would have been an audiobook—only you’d be looking at me. That’s storytelling—and it’s all magical.” —Steven E. Steinbock