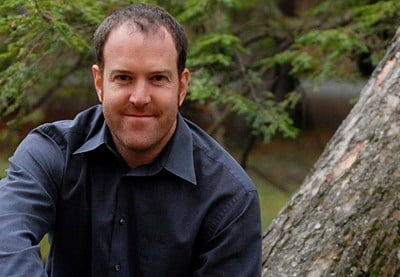 "Sheinkin has taken a little known historical occurrence and turned it into a compelling read with a dynamic focus on character and action-packed events." 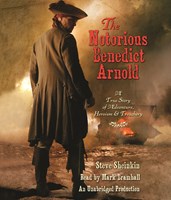 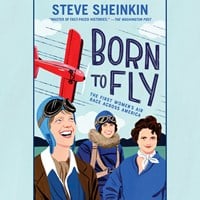 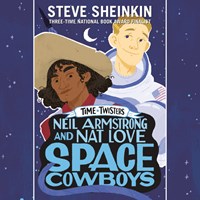 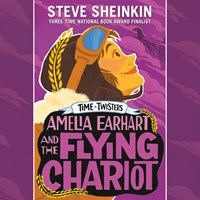 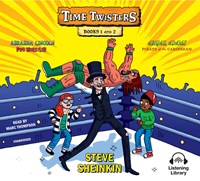 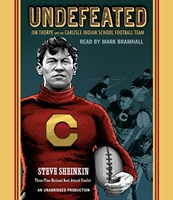 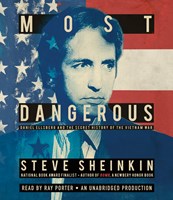 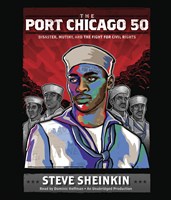 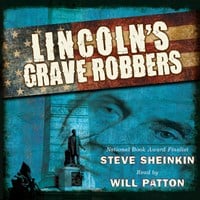 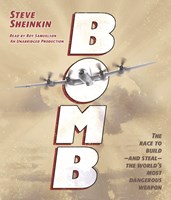 Author Steve Sheinkin counts on audiobooks for the long drives he makes to school visits, "the longer, the better," he remarks. Of late, he's become fascinated with Scandinavian crime books and is presently in the middle of Jo Nesbø's THE SNOWMAN. These mysteries have much in common with the historical nonfiction he researches and writes for young adults.

Listeners have come to count on Sheinkin's narrative nonfiction for the same driving tension that keeps him captivated by Nesbø's work. His 2012 BOMB: THE RACE TO BUILD AND STEAL THE WORLD'S MOST DANGEROUS WEAPON won both a Newbery Honor and Sibert Medal for nonfiction. From its title to its last words, BOMB propels readers through its pages. So will his newest book, THE PORT CHICAGO 50.

Sheinkin has taken a little known historical occurrence and turned it into a compelling read with a dynamic focus on character and emotive, action-packed events that are so dramatic it’s sometimes hard to believe they're actually true. With a cinematic gift, Sheinkin recounts the story of a massive accidental 1944 explosion at a naval base that killed more than 320 people, the majority of them black. The animated story continues with the resulting trial that wrongly convicted 50 frightened soldiers of mutiny over unsafe conditions in munitions work assigned primarily to African-Americans.

The story was, at first, unknown to Sheinkin, but it didn't take long for him to see its potential. "It has a natural narrative and the kind of built-in dramatic arc that makes you look like a really good storyteller." He was also motivated by the character of a true hero, Joe Small, a natural leader who united fellow soldiers in respectfully denying orders to handle munitions. He believed that the refusal of many soldiers would help the white commanders understand and respond to unsafe conditions. For Sheinkin, Joe "jumped out as an obvious figure you could follow into the story."/p>

Sheinkin sees commonality in the power of this and other historical stories, such as one of his favorite nonfiction listens, Candice Millard's RIVER OF DOUBT, a "crazy survival story of Teddy Roosevelt and his adventures in the Amazon." He’s also quick to relate the true story of a great WWII British undercover operation that planted papers on a corpse to send the Germans false information. These true stories are "ot at all different from reading a very exciting mystery novel, maybe even better because it's real and you're learning something."

How does one turn truth into a gripping story? Sheinkin starts with extensive research. "I collect a ton of material, and then I begin to try and figure out where the scenes are." Sheinkin, who wrote screenplays for many years, constructs his books by selecting the most important scenes and discovering which he has to leave out because he can't back it up with facts, or it doesn't move the story forward. Sheinkin credits collaboration with his editor as crucial in deciding what makes the cut. "She'll tell me, 'You don' really need this, and I'll start by saying, 'I need it, I need all this stuff!' People who aren't in the industry don't really understand how much of a collaborative effort there is. It's all about that back-and-forth.”

THE PORT CHICAGO 50 is almost half the length of BOMB. "It was a lot easier not to cover so many points of view, and it was easier to figure out structurally, and I appreciated that." As if recovered from the hiatus of a shorter, simpler story, he's now tackling material about Daniel Ellsberg, the man who released the Pentagon Papers. "It's big, it's sprawling, it's got way too much going on, and it's the most complicated story I've ever researched." Sheinkin is quick to note its similarities to the kind of fiction and nonfiction he enjoys, labeling the exciting story of Ellsberg's career and the secret waging of war as "a kind of a political thriller."--Susie Wilde [Apr/May 2014]