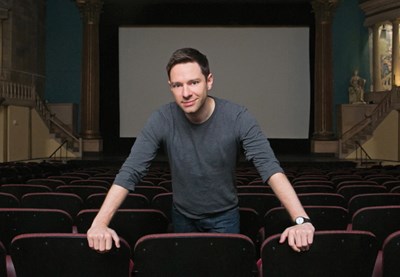 "I don’t have a perfect voice, but I love making people laugh. And what makes me laugh hardest? Stories that contain a lot of truth." 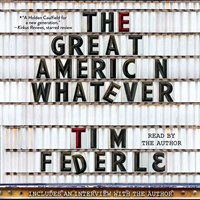 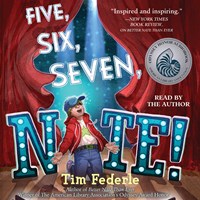 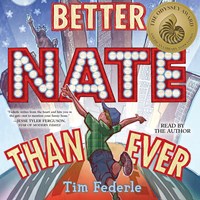 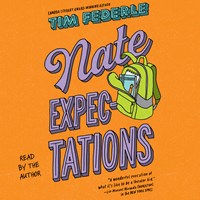 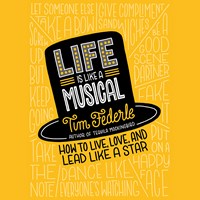 Tim Federle says his current whirl of creative projects feels like “a whole lot of seeds that were tossed into the wind a while ago are all sprouting at once!” The author of the highly acclaimed middle-grade novels BETTER NATE THAN EVER and FIVE, SIX, SEVEN, NATE!--both of which are set in the world of Broadway theater--is at work on a third Nate novel and a movie for Nickelodeon. He’s also the co-librettist (with Claudia Shear) for the new Broadway musical Tuck Everlasting , which will begin previews on Broadway in March. And he’s about to publish his first YA novel, THE GREAT AMERICAN WHATEVER--which he recently finished narrating.

Though THE GREAT AMERICAN WHATEVER will be his third book for a young audience, it’s actually the first he ever wrote. Originally, the story was conceived as Quinn Victorious, a novel for adults. “The story,” he says, “is very autobiographical, inspired by an accident that took place outside my high school when I was a teen in the late ’90s--a schoolmate was killed in a car accident. She was a sparkly girl, a funny arts and drama kid. That stayed with me.” In THE GREAT AMERICAN WHATEVER, the central character--still named Quinn--must come to terms with the death of his sister, Annabeth--and with the impact of falling hard for another guy.

That early version of the novel introduced Federle to the woman who would become his agent, Brenda Bowen, who--relying on what Federle calls her “unique spidey sense for where people are best suited as writers”--advised him to write for children. At the time, Federle was working with middle schoolers on the artistic staff at Billy Elliot . “In her genius way, Brenda understood that I might have an ear for the sense of humor and sense of discovery that middle schoolers have.” Federle, who’d been motivated by her hunch, called her back four months later, to announce he’d written the first Nate book. “She went on to sell it very quickly to Simon & Schuster, who’ve published my books and audiobooks ever since.”

Federle says that THE GREAT AMERICAN WHATEVER is his most personal book, even more personal than the Nate books, which are based on his own early experiences as a child on Broadway. Writing for the YA audience, he says, was freeing, especially in contrast to writing for middle-grade readers. “That can be tricky,” he says. “You need a finely tuned sense of what they do and don’t know at that age.” On the other hand, much of the YA experience requires thinking about what being an adult is like, “wading into those same waters, so it’s a less edited experience literally--in terms of language you can use--and intellectually in terms of subjects.

A highly acclaimed narrator, Federle has won an AudioFile Earphones Award for all three of his productions. (In addition to his own works, he also narrated Ann Bausum’s STONEWALL.) What’s behind his knack for connecting with listeners? “I’m guessing people respond to some kind of honesty I have in the booth. I don’t have a perfect voice, but I love making people laugh. And what makes me laugh hardest? Stories that contain a lot of truth.”

Still, being alone in the booth can be challenging, as there’s no one to respond or react to his reading or humor. “It is weird--when you write or say something funny, you say it to get a reaction. So it takes a leap of faith to sit in that booth and read for eight hours straight and think--‘I hope I’m taking the right pauses! I hope people will find this funny!’”

Federle also says it’s challenging to be “restrained, emotionally,” especially when narrating semiautobiographical work that taps into his own past, as with THE GREAT AMERICAN WHATEVER. “The biggest challenge is not taking yourself too seriously. Especially with a book for teenagers--I want it to have a light touch. It’s sort of like seeing an actor who sobs on stage in a sad scene. It’s actually more moving to an audience if they can cry while watching you as opposed to you sobbing for them. So the experience of narrating is sort of like putting the ball on the tee and letting the audience hit it.”

“And that,” he laughs, “is the only sports metaphor you’ll ever hear out of me!”--Jessie C. Grearson