Audiobooks: DUNE; NEW MOON; NIGHT WITCHES; CLAIMING MY PLACE; IN THE AGE OF LOVE AND CHOCOLATE; THE LAST GIRL


Ilyana Kadushin has worked as an actress in film, television and theater. She is the co-host of the No, I Know Podcast, which airs on an NPR affiliate. She is a singer and songwriter who has sung on soundtracks such as the 2011 HBO Award Winning Documentary “Separate, But Equal”. Ilyana has narrated over 100 titles and received awards for her work. 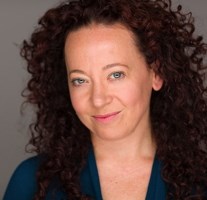