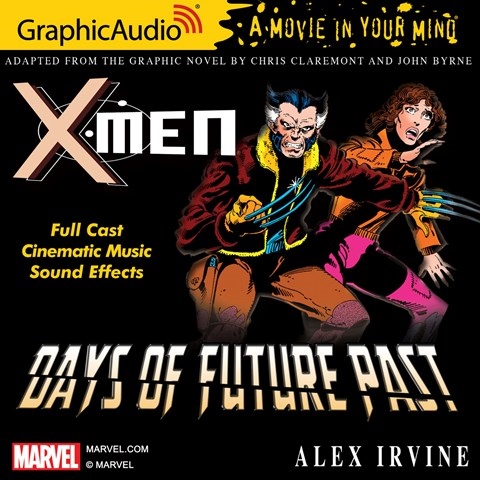 MARVEL X-MEN Days of Future Past

The future of the X-Men depends on their ability to change the past in this action-packed audio production. To prevent a future in which mutants become slaves, Kitty Pryde must be sent back to the past to prevent the assassination of a senator, but even with the X-Men's help, securing the future is not an easy accomplishment. GraphicAudio continues to make stellar adaptations of comics, and, as one would expect, this production adds to their accomplishments. The one choice that fans will question is the stilted accent of Storm, which doesn't align with other renderings of this character. Nonetheless, the integration of cast, sound effects, and musical score remains seamless, and listeners will quickly be engaged with these audio adventures. L.E. © AudioFile 2015, Portland, Maine [Published: SEPTEMBER 2015]