Home»Reviews»THE ULTIMATES: AGAINST ALL ENEMIES 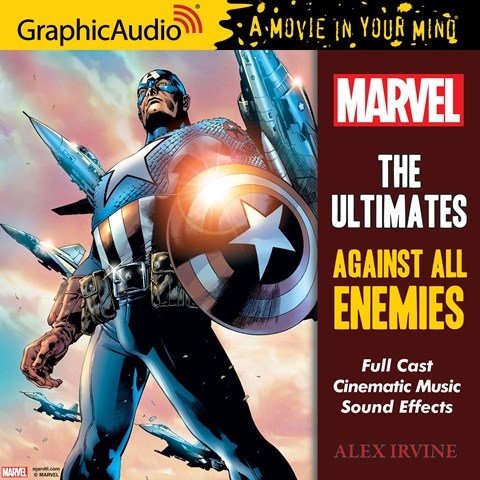 THE ULTIMATES: AGAINST ALL ENEMIES

Thor, Hulk, Iron Man, Captain America, Hawkeye, and the other Avengers reprise their blockbuster movie as they once again battle the alien Chitauri, who are launching a guerrilla attack on Earth. GraphicAudio lives up to its rep with this "movie in your mind" as the Avengers, here called "The Ultimates," battle the shape-shifting aliens. The actors give distinctive voices to each character, making them sound similar to the original movie actors--right down to a Robert Downey, Jr., soundalike. The only downside is the voices of the aliens, an annoying mix of several voices that is hard to understand. Otherwise, the dialogue is natural and well suited to the characters, and the sound effects of booms, crashes, and bangs are jarringly real. M.S. © AudioFile 2014, Portland, Maine [Published: MAY 2014]