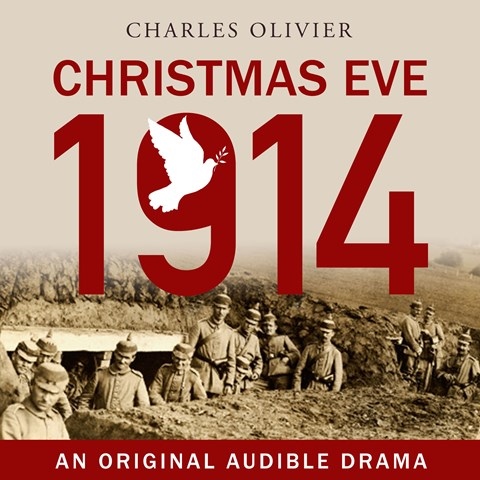 Drawing from historic events and written especially for audio by two-time Emmy Award winner Charles Olivier, this stellar production transports the listener behind British lines on the Western Front during the first Christmas of WWI, when, of all things, German and English soldiers declared an unofficial truce to bury their dead, sing carols, and give thanks. The cast’s excellent naturalistic acting and superb dialogue bring out the human side of a conflict in which the enemy lay entrenched only a few hundred yards away. Spot-on sound effects and motion-picture-style original music create sonic depth and atmosphere. Riveting, touching, and timeless, this production is destined to become a family favorite at Christmas for years to come. B.P. Winner of AudioFile Earphones Award, 2016 Audies Finalist © AudioFile 2015, Portland, Maine [Published: JANUARY 2015]