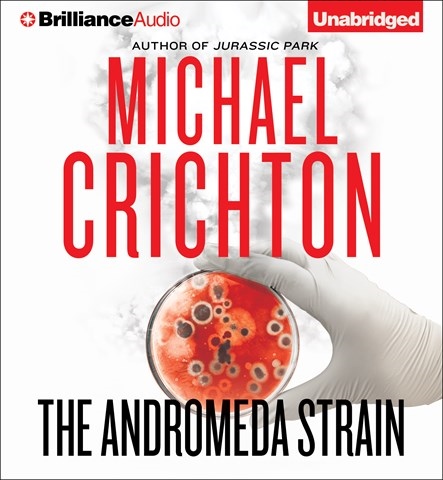 This story is a tale of men—their attitudes, their shortcomings, and, ultimately, their triumphs. What better instrument to bring to life this group of soldiers and scientists than the gravelly, versatile voice of character actor David Morse? He successfully taps into the novel's paranoic narrative about something deadly that comes back to Earth on a spacecraft. After most residents of a small Arizona town are found dead, a team of researchers comes together to contain the infestation. With a combination of pacing and intonation, Morse skillfully captures both the scientists' theoretical precision and the soldiers' world-weary gruffness. Even though the ending feels a bit pat, this production remains a thrill ride that will grab listeners. D.E.M. © AudioFile 2015, Portland, Maine [Published: JUNE 2015]