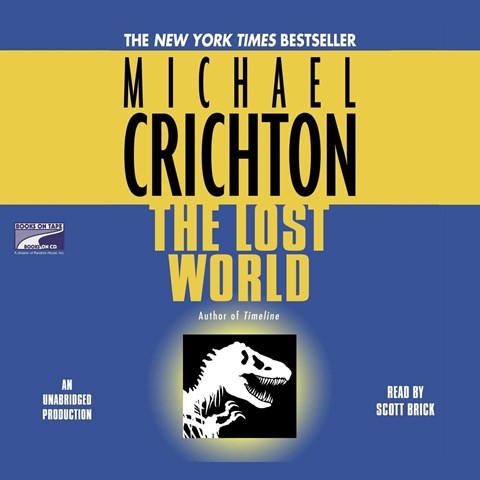 What could be better than a dinosaur on a beach? Scott Brick describing the dinosaur, that's what. We're in luck, then, as Brick performs his usual magic with ferocious beasts, mad scientists, and mere mortals in this bestselling sequel to JURASSIC PARK. You've probably guessed that not all the dinosaurs died after running amok in that ill-conceived dinosaur theme park. Velociraptors and tyrannosaurus rexes are still around (in Costa Rica of all places), and they're thoroughly irritated. Brick delivers the novel's science and pseudoscience in a clipped, authoritative manner that makes it all accessible. He offers fun vocal portraits of the characters, including enthusiastic kids and a reedy-voiced crazy paleontologist. And when it comes to action--pow!--he's all in. A.C.S. Winner of AudioFile Earphones Award © AudioFile 2018, Portland, Maine [Published: JULY 2018]