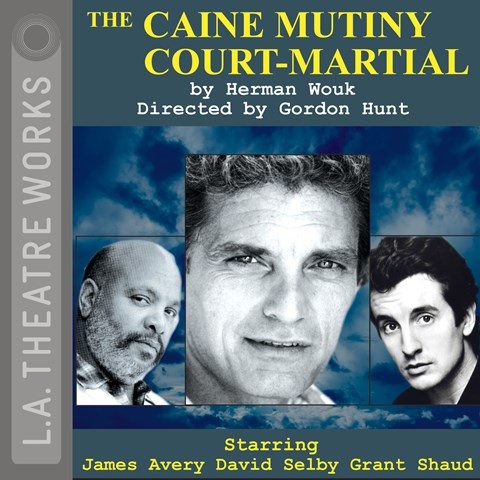 by Herman Wouk | Read by a Full Cast

As a Pulitzer-winning novel, Broadway hit, and film, this account of a mutiny aboard a Navy minesweeper in WWII and the ensuing court-martial enjoyed immense popularity in the early 1950s. Deservedly so, as the writing of all three versions exemplifies considerable craftsmanship. And the performances! Lloyd Nolan on stage and Humphrey Bogart on screen as the commander with a screw loose--who could forget them? This audio production, taped before a studio audience, is a taut, absorbing version of the stage play. All the performers are thorough professionals, and the director has admirably caught all the tensions. However, the style is on the level of TV melodramas such as "JAG," whereas a bit more attention to characterizations would have served the play better. Y.R. © AudioFile 2002, Portland, Maine [Published: JUN/JUL 02]