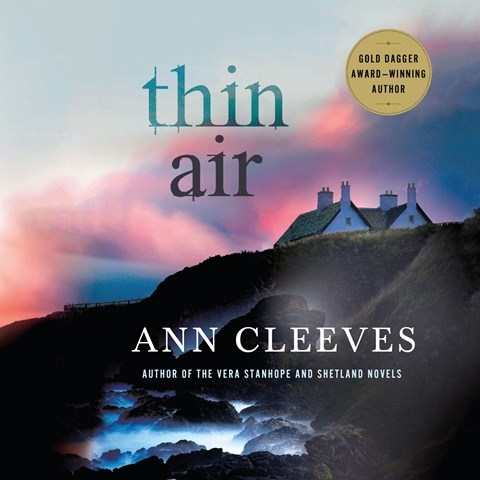 As a group of old friends travels from London to the Shetland Islands for a wedding, Kenny Blyth’s narration offers convincing mannerisms and personalities for each. Eleanor, a bridesmaid, sees a little girl dancing on the beach. She’s convinced she’s seeing the ghost of a child drowned in the 1920s. Her friends scoff, but her interest is piqued, and she begins inquiring into the century-old mystery. When Eleanor is found dead, Blyth’s portrayals of detectives Perez and Reeves are spot-on, particularly as they begin to suspect that her interest in the “ghost” might have led to her death. A wedding, a ghost, a death, credible suspects, and Kenny Blyth’s performance make the sixth book in Cleeves’s excellent Shetland Islands series a whole lot of fun. S.J.H. © AudioFile 2015, Portland, Maine [Published: AUGUST 2015]