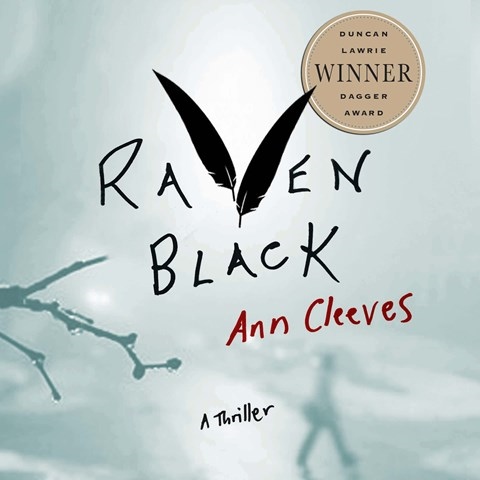 A teenaged girl--a relative newcomer and outsider in a Shetland village--is found dead, with the village pariah the presumptive murderer. But he's most certainly not the only suspicious character narrator Gordon Griffin tackles. This village is teeming with half-told histories and implied proclivities--almost too many. Griffin does justice to the full array: suspects, mourners, potential next victims, and some unnecessary bit players. If the plot plods a bit as it wades through them all, it's not Griffin's fault. His portrait of the elderly Magnus, vulnerable yet disturbing, keeps the story engaging. The moments when Magnus interacts with Inspector Jimmy Perez, a man preoccupied by his sense of personal failure, are the most absorbing. K.W. © AudioFile 2015, Portland, Maine [Published: APRIL 2015]