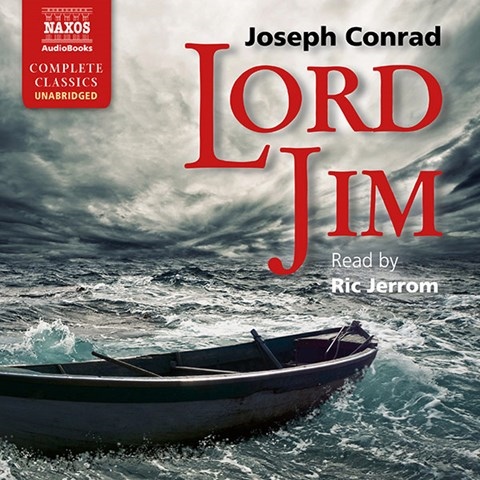 Conrad's LORD JIM pieces together the events of a shipping disaster. It's a novel whose narrative structure is as elusive as the background of its central character. Narrator Ric Jerrom's masterful approach to characterization suits this work perfectly. For most of the story, Conrad's famous narrator, Marlow, recounts his perspective of the case in the manner of a modern bard. Jerrom captures Marlow's voice with a melodic cadence and a cheerful tone. Aside from Marlow, Jerrom skillfully produces a variety of accents for Conrad's multicultural cast. As the story of Jim unfolds through fragmentary accounts, Jerrom's performance makes listeners feel they're part of Marlow's audience. D.M.W. © AudioFile 2015, Portland, Maine [Published: MAY 2015]