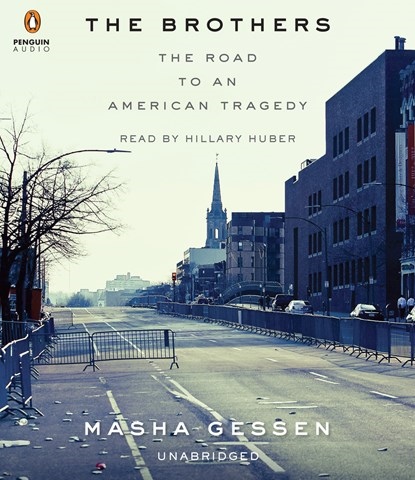 THE BROTHERS The Road to an American Tragedy

Having immigrated to the United States from Russia as a teenager herself, author Masha Gessen offers some personal insight into the cultural dislocation that may have contributed to brothers Tamerlan and Dzhokhar Tsarnaev's radicalization into the infamous Boston Marathon bombers. Narrator Hillary Huber's performance is commendable, ultimately compensating for the dissatisfying nature of the book itself, which offers a great deal in the way of conjecture but little in the way of answers. Huber's pacing is measured, and her voicing straightforward and easy to listen to as she describes the Tsarnaev family background, the history of Chechnya and Dagestan, and various theories about the bombings and what led to them. The material is interesting and well presented by the narrator but lacks in-depth information that would more fully illuminate this case. S.E.G. © AudioFile 2015, Portland, Maine [Published: MAY 2015]