Home»Reviews»MURDER ON THE CHAMP DE MARS 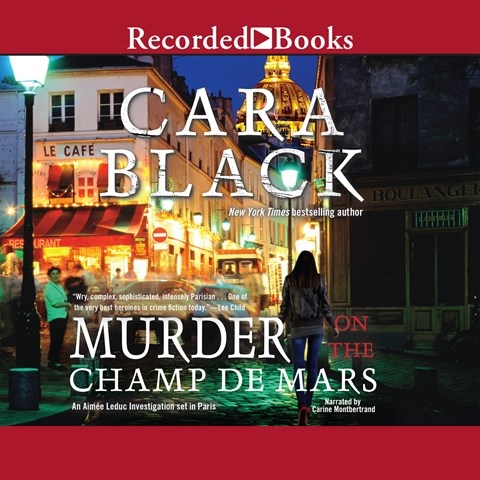 MURDER ON THE CHAMP DE MARS

Carine Montbertrand returns to narrate the fifteenth entry in the Aimée Leduc detective series. In this outing, Leduc receives a mysterious message from a gypsy boy, which brings back the pain and intrigue of her father's unsolved murder. Much of the action involves Leduc's adjustments to being a single parent to a newborn while continuing to run her security agency and, in her free time, investigate new evidence relating to her father's death. The Paris setting is paramount to the action, and Montbertrand's believable accent and ability to move easily between French and English add to the Gallic ambiance. Her distinct voices make it easy to follow the dialogue and imagine the characters. C.B.L. © AudioFile 2015, Portland, Maine [Published: AUGUST 2015]