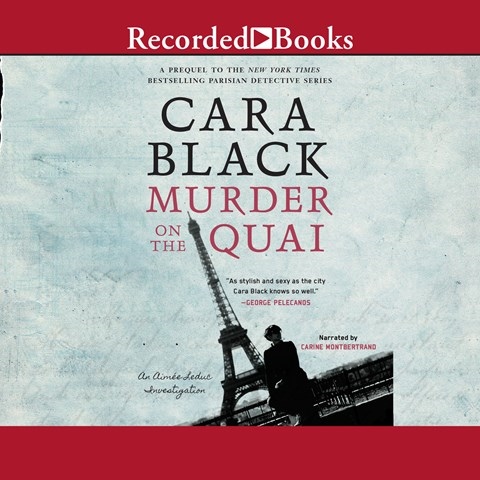 This is a prequel to the 15 other audiobooks (so far) in Black's popular series, which focuses on Paris neighborhoods. Leduc is first seen as a premed student but ends up running a Parisian detective agency founded by her father and grandfather. Carine Montbertrand is a narrator who holds dual citizenship in the U.S. and France, so, not surprisingly, she handles the various accents and characterizations with ease, adding effortlessly the multiple emotions that the story requires. The listener feels the headstrong, fashionable Leduc maturing as she plunges, sometimes blunderingly, into a case of contemporary murders driven by events from the German occupation of Paris. D.R.W. © AudioFile 2017, Portland, Maine [Published: FEBRUARY 2017]