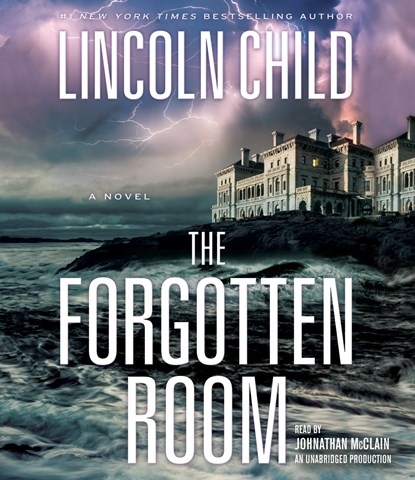 It's tough on narrator Jonathan McClain that this third outing for Professor Jeremy Logan, "enigmalogist," begins in Scotland. McClain makes a valiant attempt at the Scottish accents, but it's a great relief when Logan leaves the Loch Ness Monster behind and heads back to the U.S. At a prestigious think tank in Newport, Rhode Island, a researcher has killed himself in a bizarre fashion.The decision to bring Logan in to investigate divides the staff. McClain gives convincing voices to academics old and young, male and female. It seems almost cruel that Child throws in a Cockney maintenance man to keep his narrator off-kilter. Nonetheless, this is a solid thriller. C.A.T. © AudioFile 2015, Portland, Maine [Published: MAY 2015]