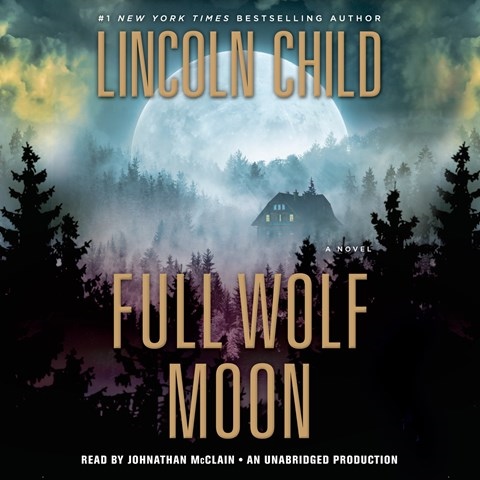 Enigmatologist Jeremy Logan returns for another strange case in this atmospheric but uneven audiobook. In the remote woods of the Adirondacks, something is violently killing hikers. The police suspect bear attacks, but unexplained forensic evidence and a clear connection between the attacks and the full moon suggest the paranormal. Johnathan McClain's folksy narration easily draws in listeners and makes it all the more jarring when terror descends. Logan is a likable everyman despite his unusual avocation, and his camaraderie with philosopher/forest ranger Randall Jessup is entirely believable. McClain also delivers an array of unique accents, especially for a secluded clan of suspected werewolves. Despite McClain's best efforts, though, the story is ultimately weighed down by overwrought exposition and an uninspired conclusion. A.T.N. © AudioFile 2017, Portland, Maine [Published: MAY 2017]