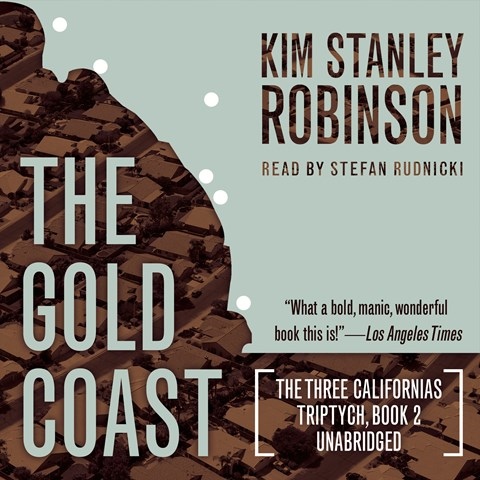 Many sci-fi audiobooks chronicle tales in space, but this series hits closer to home. In a future world not too distant from our present, Orange County in Southern California has become a slick, party-obsessed environment, barely masking its seedy, warmongering underside. Stefan Rudnicki's deep voice is a solid match for the disillusioned characters, including burned-out aerospace contractor Dennis McPherson, who has been stuck in a difficult job and has had an unsatisfying home life for years. Rudnicki gives his son, Jim, a lighter tone filled with a youthful optimism that is worn away when he begins to take part in antiwar terrorist acts, sabotaging the very technology his father helps to create. Explosive and gripping. E.E. © AudioFile 2015, Portland, Maine [Published: SEPTEMBER 2015]