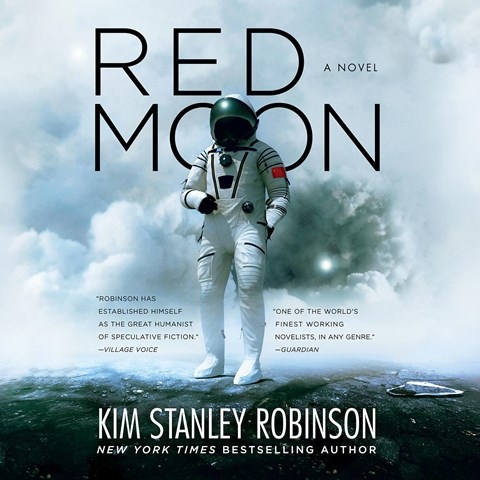 A trio of narrators tackles a look at the future of humanity in which the technical details overshadow the drama. In the near future, the moon has been colonized jointly by the U.S. and China. An American accused of murder and caught up in a power struggle flees with the help of an illegally pregnant woman and a poet/celebrity. Maxwell Hamilton, Joy Osmanski, and Feodor Chin capably breathe life into the characters with heart and levity, even across genders and races. Character intonations and accents shift effortlessly between Chinese, English, and more, and the narration as a whole is perfectly balanced between lighthearted and sinister. In the end, the narration outshines a dry sci-fi story featuring a lot of economic and political speculation. J.M.M. © AudioFile 2018, Portland, Maine [Published: NOVEMBER 2018]