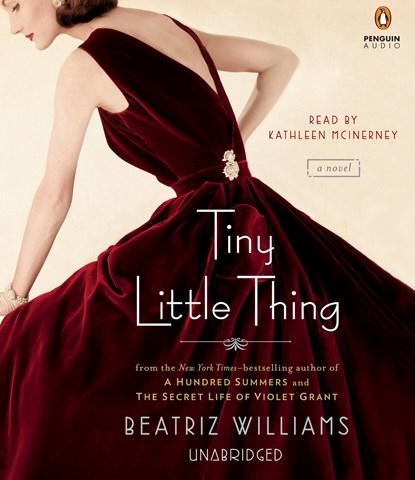 Kathleen McInerny's contemporary-sounding voice is not quite the right match for this entertaining but unbelievable audio melodrama. In the mid-1960s, Christina "Tiny" Hardcastle is married a rich, ambitious Kennedy-esque politician from Massachusetts--though he has a dark secret and her heart belongs to another. Tiny and her sister, Pepper, are supposed to be blue-blooded and brainy--think Jackie Kennedy, or Grace Kelly in HIGH SOCIETY. But Pepper is written less like a patrician maverick than a malicious Gidget, and Tiny is no more convincing. McInerney's performance does nothing to help establish period or place, although, admittedly, inconsistent writing and plotting make a narrator's job doubly difficult. A plotline featuring a Nazi-era Mercedes makes no sense at all. Oh well. B.G. © AudioFile 2015, Portland, Maine [Published: JULY 2015]