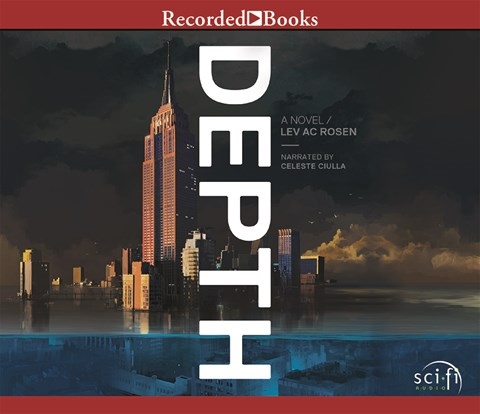 In a futuristic New York City that separated from the mainland U.S. when the sea level rose, private detective Simone Pierce’s surveillance case becomes not so routine when her target is murdered and she becomes the primary suspect. Celeste Ciulla’s narration is fast moving and engaging. She highlights the relationships between Simone and her high-powered best friend, the deputy mayor; her psychic friend, who helps solve her case; and her new client, who tries to wine and dine her. Ciulla ably portrays the facets of Simone’s character that each of those characters draws out. She vividly depicts the personas of the ancillary characters as well—from the power brokers of the city to their fastidious executive assistants. J.E.M. © AudioFile 2015, Portland, Maine [Published: AUGUST 2015]