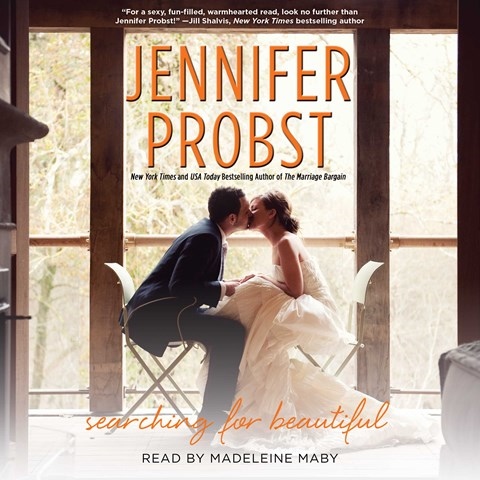 SEARCHING FOR BEAUTIFUL Searching For, Book 3

Narrator Madeleine Maby serves up wedding drama in this appealing contemporary love story. Genevieve Mackenzie and Wolf have always been friends—until Genevieve becomes engaged to David. But when Genevieve turns into a runaway bride on her wedding day, Wolf is there to catch her—literally. Somewhere between Genevieve’s self-doubt and Wolf’s troubled childhood lies something beautiful. Maby shares the growing understanding between Wolf and Gen with expertly inflected dialogue. She captures Gen’s sweet, matter-of-fact nature and portrays Wolf in a low, gruff voice that conveys his protective nature. The natural flow of their banter gives Probst’s story added realism. While characters are not always perfectly differentiated in conversation, Maby’s pacing and authenticity will have listeners wanting to hear the other titles in this series. C.A. © AudioFile 2015, Portland, Maine [Published: SEPTEMBER 2015]