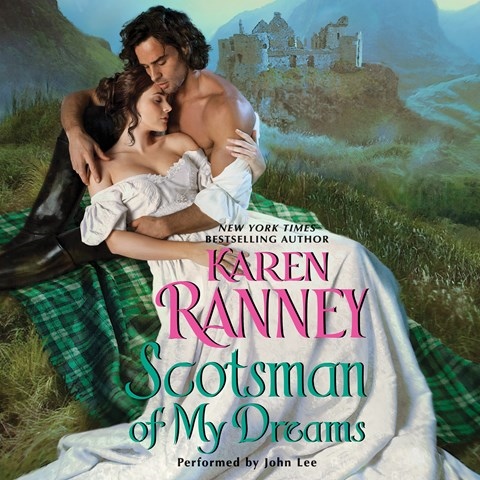 SCOTSMAN OF MY DREAMS MacIain, Book 2

The second in Ranney's MacIan series suffers from uneven narration. Dalton MacIan, the former Rake of London, has returned home from America a changed man. Blinded in combat, he's greeted by the news that his elder brother is dead, meaning that he's now the Earl of Rathsmere--and a most reluctant earl at that. Minerva Todd is convinced that Dalton carelessly lost her brother in America, and he refuses to help her find him. While John Lee is wonderful at reading narrative, he's challenged by the dialogue here. The female characters have a tendency to sound similarly high-pitched and breathy; the men are somewhat better distinguished but are, likewise, unsubtle in their characterizations--in particular, the villain, who is obvious before he's spoken five words. K.M.P. © AudioFile 2016, Portland, Maine [Published: JANUARY 2016]