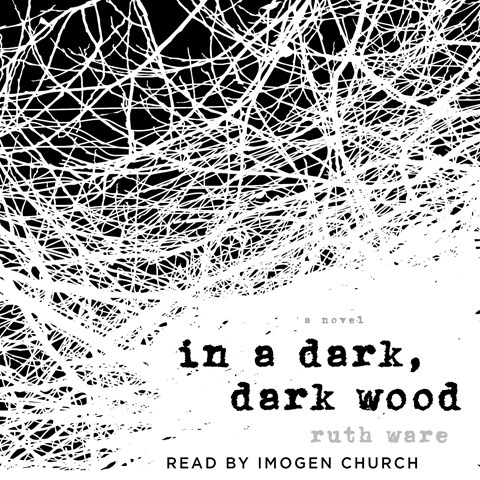 IN A DARK, DARK WOOD

This much-hyped thriller is well performed by Imogen Church. A group of English women who don’t really want to be together gather in an isolated house for a weekend bachelorette party. Things go badly, and the protagonist, Nora, wakes up in the hospital with bruises and amnesia. Is she a killer? Church handles the toughest scenes—which recount the multicharacter hen party—with aplomb. She ably captures the essence and edginess of each woman, including unstable Flo; uncertain, reluctant Nora; strong-willed Nina; and bride-to-be Clare, Nora’s former best friend. The story includes a few scenes that are pretty unbelievable, and Church's performance makes them a bit more credible. G.S.D. © AudioFile 2015, Portland, Maine [Published: SEPTEMBER 2015]