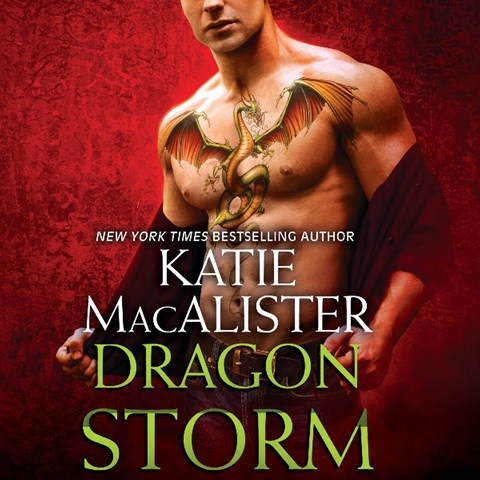 This second book in the Black Dragons series is less humorously outrageous than the previous volume, but Tavia Gilbert's narration still perfectly matches the story's tone and pacing. The cast of characters is huge, yet each one has a distinct and recognizable voice. Constantine of Norka, former wyvern of the silver dragons, is sent into Abaddon to retrieve a talisman to break the curse that plagues the dragonkin. While there, he rescues Bee Dakar, a human charmer who was tasked with the same mission. Although the humor may be toned down, the chemistry between Constantine and Bee sizzles. While this title is linked to the Aisling Grey books as well as to previous Dragon series, a knowledge of those is not necessary to enjoy it. K.M.P. © AudioFile 2016, Portland, Maine [Published: FEBRUARY 2016]