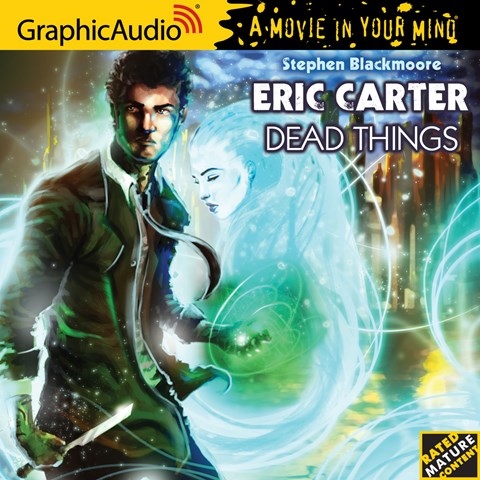 by Stephen Blackmoore | Read by a Full Cast

Carter sees dead people some of the time--it's a skill that comes in handy when his sister turns up dead. As he returns home for the first time in 15 years, he's going to need his supernatural abilities, unlikely allies, and even forsaking his soul to unravel the devious events relating to his sister's death. This gritty story is well executed by the team at GraphicAudio. With a well-chosen cast, a strong musical score, and excellent sound effects (find out what it sounds like to have one's body ripped apart by ghosts), the production grabs listeners and keeps them glued to events to the end. Michael John Casey portrays Carter and maintains a consistent persona for this first-person story. His deep yet lively voice fits with the story's mix of horror and noir. L.E. © AudioFile 2015, Portland, Maine [Published: OCTOBER 2015]