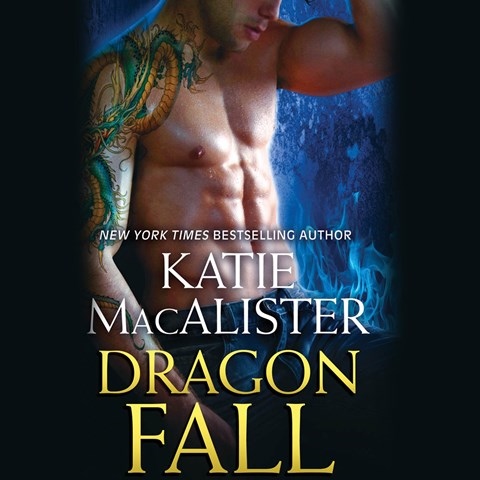 Tavia Gilbert's rapid-fire narration perfectly matches the fast pace of this paranormal romance. While Macalister's wacky humor may be off-putting to some, Gilbert does a fine job capturing what appeals to the author's fans. Aoife Dakar sees something that cannot have happened, but no one will believe her. Eventually she ends up with a demon dog named Jim and a sexy dragon wyvern named Kostya in tow--not to mention a magic ring that only responds to her. Sweet sadistic salamanders! Gilbert balances a variety of accents and vocal characterizations to create a cast of believable characters. This is the first book in a new series but is connected to the Aisling Grey books and previous Dragon series. K.M.P. © AudioFile 2015, Portland, Maine [Published: NOVEMBER 2015]