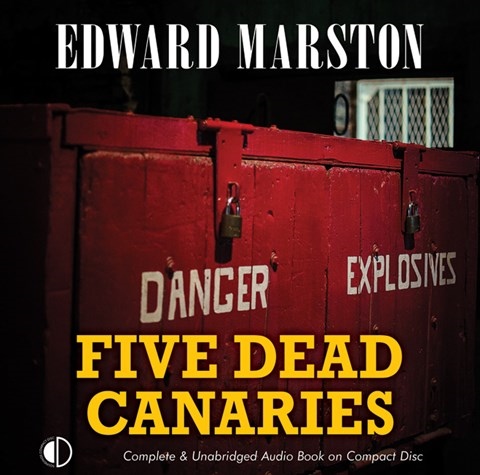 This period mystery, set in 1916 England, makes a workmanlike audiobook. The plotting is carefully done, the characters are predictable but interesting, and the pacing is steady and dependable. "Canaries" are young women doing war work in a munitions factory, where chemicals turn their complexions yellow. Some old-timers resent them because girls shouldn't work (or be seen in pubs), others because they are yellow. Still, all are shocked when five of them are killed in a bomb blast during a birthday party (at a pub). Suspects soon abound; plus, the lead investigator is annoyed because his deputy is engaged to his daughter. Gordon Griffin is highly skilled and thoroughly professional, distinguishing male and female, old and young with ease, if not much intensity. B.G © AudioFile 2015, Portland, Maine [Published: SEPTEMBER 2015]