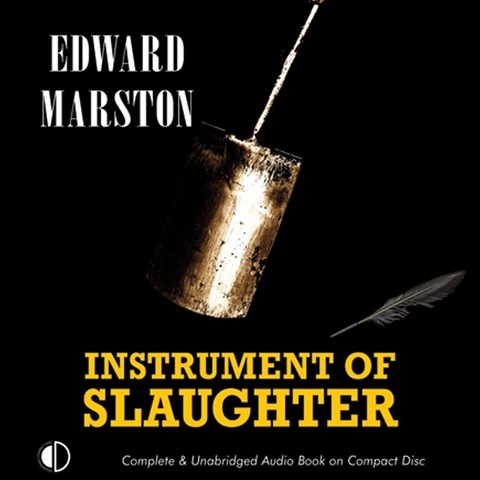 Narrator Gordon Griffin's apt characterizations enliven this pleasant but occasionally stodgy police procedural, set in England in 1916. Two years into WWI, Britain is about to enforce conscription--a plan fiercely opposed by the country's minority of conscientious objectors. When one of them is killed after a "no-conscription" rally, Inspector Marmion and his sergeant investigate. Although somewhat overwritten, the book excels in describing the era and its mood with well-chosen details. The protagonists are different enough that Griffin has room to color them with accents, personalities, and mannerisms of speech. Further, his varied pacing lifts the writing into an enjoyable listen for lovers of historical mysteries. A.C.S. © AudioFile 2015, Portland, Maine [Published: APRIL 2015]