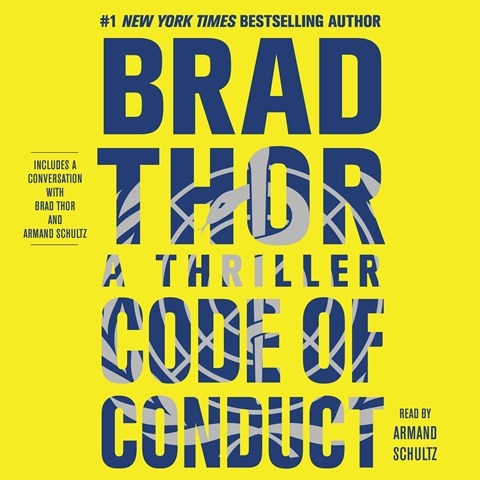 In Thor's solid thriller, the men are armed, the women are attractive, and torture provides good intelligence. In the Congo and in Washington, D.C., Scot Harvath--a former Navy Seal with the skills of a whole team--must stop a cadre of international bureaucrats from carrying out an apocalyptic plot. Armand Schultz, who has recorded many of Thor's thrillers, has a clear, strong voice with the appropriate tough-guy timbre. While his dialogue voices are limited and some of Thor's numerous characters are difficult to tell apart, his pacing is good, and his performance is exciting without being overly dramatic. As Thor walks a fine line between Tom Clancy-style commando action and anti-UN conspiracy theory, Schultz delivers it all with verve. F.C. © AudioFile 2015, Portland, Maine [Published: AUGUST 2015]