Home»Reviews»THE FIRST MEN IN THE MOON 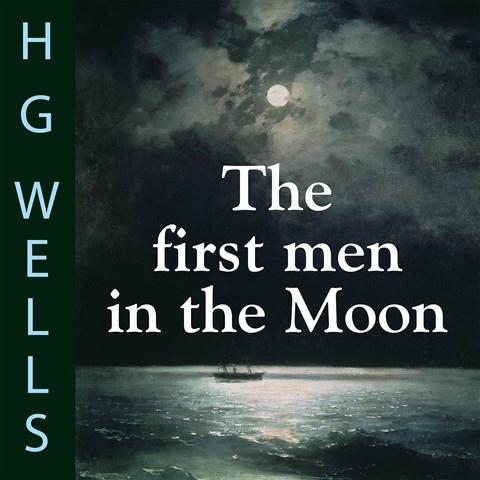 THE FIRST MEN IN THE MOON

This novel may be one of the lesser works by the socially conscious Wells, but that doesn't take away from the impact of this audio production. Much of the credit for that goes to the full-bodied British voice of narrator Greg Wagland. He skillfully inhabits the pompous Mr. Bedford, a failing businessman who meets Mr. Cavor, an oddball inventor who has created "cavorite," a substance that defies gravity. The pair build a sphere covered with cavorite, which carries them to the moon. There they discover that a world they thought to be uninhabited is actually peopled by a sophisticated civilization they dub the Selenites. When the English meet the inhabitants of their latest would-be colony, chaos ensues. This audiobook illustrates how even an old novel can be brought given new life on audio. D.E.M. © AudioFile 2015, Portland, Maine [Published: OCTOBER 2015]