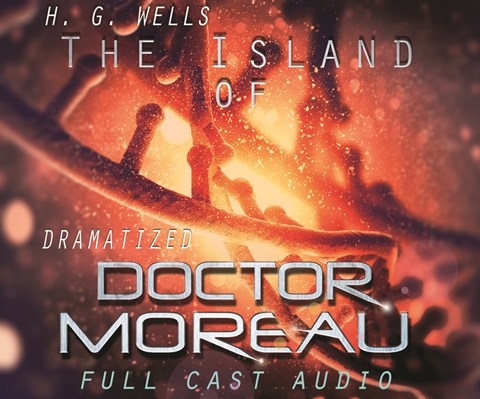 THE ISLAND OF DOCTOR MOREAU

This cast of eight actors has a tough challenge in turning THE ISLAND OF DR. MOREAU into an audio program. How do they make humans sound like half-pigs, half-monkeys, and other half-creatures? With sniffling, gurgling, growling delight, Matthew Posner and the other cast members tell Edward Prendick’s story of being shipwrecked on an island where a scientist has been experimenting on animals, turning them into human-animal hybrids. The ensemble can be forgiven for occasionally sounding overly dramatic. The sound effects team perfectly re-creates the sounds of a tropical island and all its animal and avian inhabitants. As the humans are driven by their mostly altruistic desires, they’re blind to the pain they inflict on everyone around them. M.S. © AudioFile 2015, Portland, Maine [Published: JANUARY 2015]