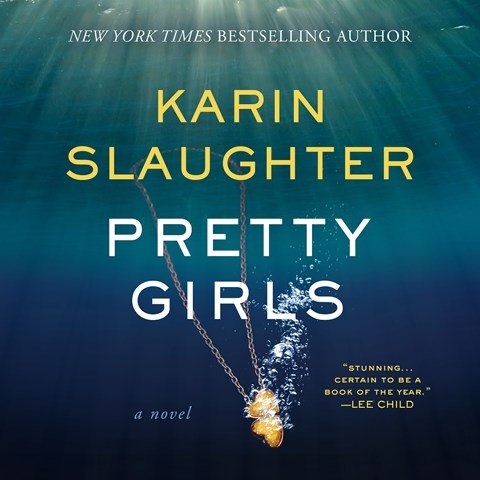 Claire Scott’s 19-year-old sister, Julia, disappeared 20 years ago. Since then, despite the fact that her sister Lydia once accused Paul of attempted rape, Claire’s been “happily” married to Paul—and estranged from Lydia. Then, a sudden, shocking act of violence leaves Paul dead and Claire reeling. Narrator Kathleen Early accurately delivers Claire’s revulsion when she discovers Paul’s private collection of “snuff” porn and boxes of detailed material on women who’ve been raped. As horrified as she is with Paul, Claire reviles herself even more for willfully ignoring the clues to his true nature. Early uses a hyper-edgy tone, keeping the ghastly descriptions understated, allowing the real horror to emerge. With stunning twists and unpredictable turns, Early’s performance of Slaughter’s chilling novel invents a new word for the OED: “unputdownable.” S.J.H. Winner of AudioFIle Earphones Award © AudioFile 2015, Portland, Maine [Published: DECEMBER 2015]