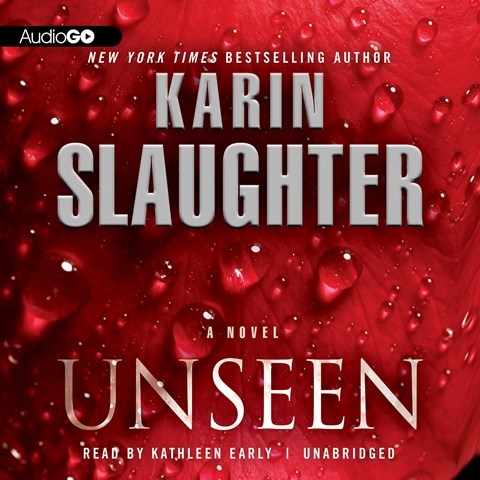 Narrator Kathleen Early incisively paces Slaughter’s eighth Will Trent novel, which pulls in characters and events from her earlier work titled BEYOND REACH. Backstory is sharply delivered through the antagonism between Trent’s lover, Dr. Sara Linton, and Macon cop Lena Adams. As Agent Trent, of the Georgia Bureau of Investigation, seeks to identify hospital-linked drug dealers, he winds up in a more complex scenario with the lines between good and and evil severely twisted. Early makes the most of these chameleon-like characters. The gruff turf war between the high-ranking female cops is terrific. Only slightly disconcerting is the drug dealer whose voice at times sounds squeaky rather than vicious. Overall, Slaughter’s suspenseful plot keeps the listener as tied up as Will Trent finds himself with this case. D.P.D. © AudioFile 2013, Portland, Maine [Published: SEPTEMBER 2013]